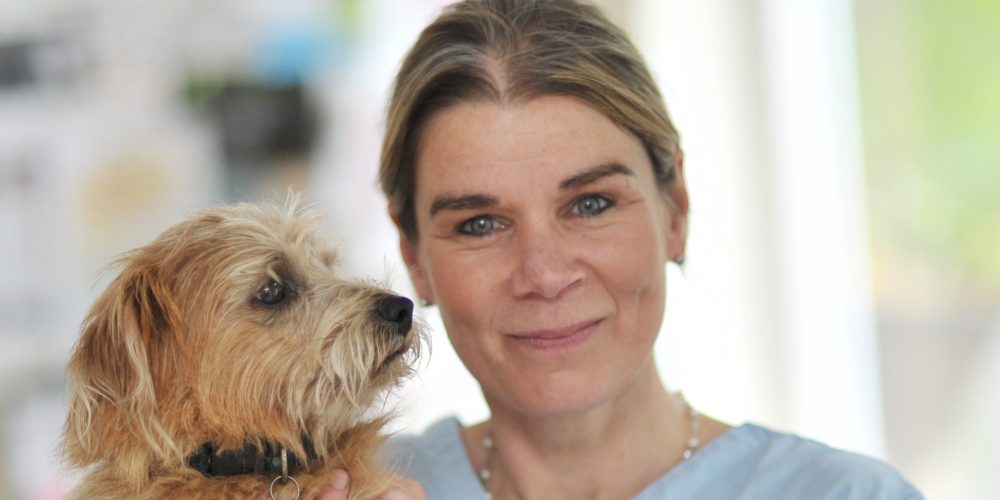 Acupuncture can be used in animals to treat a variety of conditions and can be used alongside other more conventional treatments without any harm. The most common use of veterinary acupuncture is to treat pain – most often osteoarthritis, and painful limbs following surgery. It can also be used to stimulate healing if a wound is slow to heal.

Needling carefully chosen acupoints has been shown, scientifically, to release morphine-like substances called ‘endorphins’ and to change the way the brain and the nervous system recognises an area of disease. It is as if acupuncture has a re-educating effect on the body dealing badly with an injured limb or diseased organ. So, waking up of the immune system, the circulatory system and focusing this new activity through carefully repeated needling seems to be the physical effect of acupuncture.

How Does it Work?

There is a scientific explanation as to how acupuncture works – at least in its painkilling role. The stimulation of acupuncture points triggers various sensory receptors (pain, temperature, pressure and touch). These receptors then transmit impulses from the outer body via central nervous system (CNS) to the hypothalamic-pituitary system (located at the base of the brain). The hypothalamus-pituitary glands are responsible for releasing neurotransmitters and “natural painkilling” hormones. These are opium-like substances, called endorphins and enkephalins, and act like morphine in their ability to suppress pain – nature’s own painkillers! They may also produce other beneficial effects throughout the body: increasing circulation, relieving muscle spasm, stimulating nerves and the body defence system.

Stimulation of acupoint sites can be by inserting very thin, one or two inch (2.5cm in cat and dogs to 5cm in horses) needles through the skin to prompt a response. It can also be done by using an intense light source, laser light and by using pressure, a technique known as acupressure. Needles need to be left in for 5-20 minutes and can be stimulated gently by twisting. Once needles are in they are painless. Some dogs even fall asleep during treatments! Needles are removed carefully at the end of the session. Sometimes the needles have worked their way out themselves and are just holding on by the very tip. Most needles will loosen in the skin. This is a good sign and suggests a good response. When we start an animal on a course of acupuncture, the frequency of treatment will depend on the condition, but weekly sessions for 4 – 6 weeks initially is typical. After this time, progress will be assessed and you will be guided as to how to go on from there by your veterinary acupuncturist.

Covid has had a huge impact on our sector which means that we have fewer appointment times and fewer vets to look after an increased demand for our services.

Whilst the majority of clients understand the measures we are taking to ensure we can remain open, a small minority are verbally abusing our team members.

This will not be tolerated, and, if we feel your behaviour is unacceptable, we reserve the right to end the telephone conversation or ask you to leave the premises.

Emergency care must take priority but we will, as always, do our best to help

Thank you for your understanding